News
News
July 15, 2021
Giant of the Chinese automobile’s ambition for the Vietnamese truck market amid COVID-19

From the giants of the Chinese auto industry…

Founded on November 18, 2002, SGMW quickly became a well-known name in the international automotive industry. However, this name comes as a fresh introduction to the Vietnam market.

Specifically, SGMW is a joint venture between SAIC Motor, General Motors China and Liuzhou Wuling Motors. SAIC Motor is the biggest car manufacturer in China and is considered one of the four major pillars of the auto industry in the country of more than a billion people and the second largest economy in the world. This is also a highly respectable brand as one of the 10 largest global manufacturers. SAIC Motor was also honored to rank 52th in the Fortune 500 2020 most valuable companies globally. In Vietnam, MG is one of their well-known product lines that affirms its product brand and quality in the hearts of consumers.

General Motors is one of the top automotive corporations in the world with substantial investment in SGMW with its extensive involvement in areas of design, engineering, manufacturing and R&D as well as providing professional and highly specialized management knowledge and capabilities. SGMW adopted the General Motors Manufacturing System in its manufacturing of passenger vehicles and commercial vehicles including powertrains.

Liuzhou Wuling Motors has manufactured Wuling minivans since 1982. Wuling Motors develops and produces engines, special purpose vehicles, trucks, and buses as well as automotive parts. In 2002, with the new joint venture of SGMW, Wuling transferred the production of minivans and small trucks to the new company.

With the formidable merging of the resources and technologies through this joint venture, SGMW has distinct advantages that not all manufacturers have. Accordingly, SGMW introduced cutting-edge business concepts, management systems and manufacturing methods while simultaneously ensuring two goals: low cost (to have the most reasonable selling price to consumers) and high-quality products (equipped with many new technologies, and increased serviceability for users).

In Vietnam, Tan Chong Motor Vietnam (TCMV) is the exclusive importer and distributor of trucks and vans from SGMW. With the motto “Your Dependable Companion”, TCMV aims to bring value to customers with global brands and high quality products through continuous research and development, including manufacturing of suitable products for the Vietnamese market.

… to a bold decision on the small truck market in Vietnam

TCMV, in cooperation with SGMW, will launch three new models, including truck and van, in the Vietnamese market soon. Although COVID-19 still has its impact on business, bringing new products to market at this stage after careful consideration is a reasonable and astute decision. 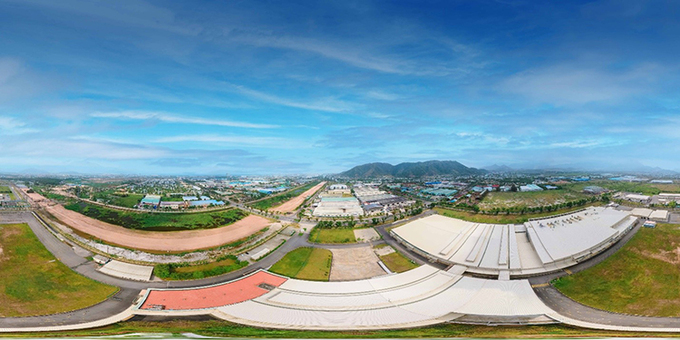 The pandemic has created an explosion of online shopping, leading to the fact that new warehouses can be built and located anywhere; logistics service and short distant delivery will have tremendous growth potential in the near future. The demand for small trucks for this kind of transport will also tend to increase.

SGMW was an annual million-output automaker in the past years and reached 20.25 million sales in 2019. In 2020, it sold more than 1.18 million units and continues to see dramatic growth in 2021. With such exceptional performances from SGMW and the optimistic signals from the Vietnamese light truck market which indicates resilience despite the threat of pandemic, TCMV and SGMW are firm in their belief with the introduction of these new product lines.

For more details, check it out here: www.wuling.com.vn

lastest news
July 29, 2021
Wuling Thai Binh Dealer officially introduced new products
July 15, 2021
TCMV launched trucks and van of Wuling in Vietnam
June 29, 2021
Experience driving a truck in the city that drivers need to know
June 28, 2021
How to get the truck out of mud
See more

Other news
June 26, 2021
Safety inductions for truck drivers while Covid-19’s a chaos
June 25, 2021
03 tips for truck drivers to control the vehicles during the journey
June 24, 2021
Bad habits that most of truck drivers get
June 23, 2021
Development strategy of the Vietnamese automobile industry
See more